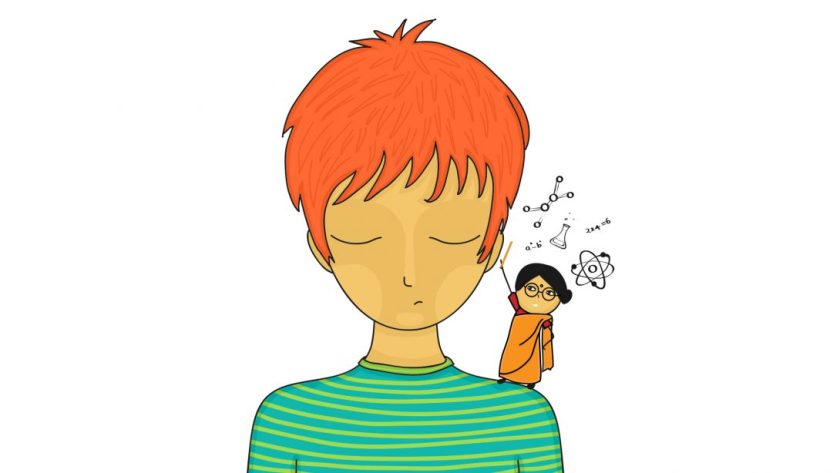 “Education should not be a preparation for life; it should be life” Anthony de Mello in The Prayer of the Frog

Thomas Alva Edison the most prolific inventor since the first industrial revolution refused to go to school after the age of seven. In today’s parlance he was uneducated and yet he was more educated than most. In more recent times Steve Jobs, who went to create one of the most valuable corporations in modern times, was a high school dropout. Closer home Rabindranath Tagore, India’s lone Nobel laureate for literature despised classroom study; refused to go to school and was taught at home. And to add: if you have heard the contemporary Indian yogi Sadhguru Jaggi Vasudev speak, he has often proclaimed that he has gone out of his way to remain uneducated. What do these cases tell us about education as a virtue?

A study of genius will reveal that true geniuses have, in the traditional sense of the word, been mostly uneducated. This can get confusing and I remind myself this piece is not on geniuses but on the larger section of humanity that is more commonplace. Given these vastly different attitudes towards education, we must therefore, first and foremost, ask ourselves this question “what is education and what are the end goals of education?” In a conventional sense, and the way United Nations addresses it, education refers to the process of learning from early childhood to primary, secondary, tertiary and even adult learning. Sustainable Development Goal (SDG) # 4 also dwells on technical, vocational training and skills for work.  More importantly, SDG # 4, dwells on the goals of education which include poverty alleviation; gender equity; sustainable development and global citizenship among others.

U.N. SDG #4, as laudatory as it might be, however, does not fully address the case for values in education. Anthony de Mello says it eloquently “There are two educations: the one that teaches how to make a living and the one that teaches how to live”. I would say there is also a third, which brings both in balance.  I have to admit that I stand most influenced by author E.F. Schumacher and I have periodically turned to his book “Small is Beautiful-A Study of Economics as if People Mattered”.  In his essay “The Greatest Resource- Education”, Schumacher answers the question “What is Education?” He says, “It is the transmission of ideas which enable Man to choose between one thing and another or to live a life which is something above meaningless tragedy or inward disgrace”. Schumacher goes on to speak about how essential it is to have a metaphysical core in education and ensuring the light of consciousness falls on it. Observe the contrast in the above two descriptions of education.

But to even comprehend what Schumacher is saying in my view requires an advanced level of education. What about people who cannot read and write? What does Schumacher mean to them?   Literacy and numeracy are essential and are a stepping stone to poverty alleviation but they remain just a starting point. It is hard to escape the anomalies we find in the educated person. Educated people are largely responsible for the abysmal state of our planet. For instance, they contribute more to pollution than uneducated people. If you study financial crises that have rocked the globe over the last three decades you will find most of them having been precipitated by highly educated people, some of them from the top universities in the world.

The Case for Ethics

Educated people as the source of our problems stirs the issue of the role of ethics in education or more so the lack of it.  Morality or ethics, in its raw form is unpalatable unless one is a student of Divinity or Philosophy. How do we then weave ethics into our education system without people raising their defences? For this we need to first understand the difference between convergent and divergent problems.

A New Paradigm for Education

As a student, I loved learning but hated examinations. In India, we inherited the British system of education and despite many reforms the hangover still persists. This system focuses dominantly on academics and its biggest drawback is its overwhelmingly regimented approach and being short on divergent education.  It is, in fact, a typical manifestation of convergent education. It fails when we try and address the aspirations of students who want to make a career in sports, music, drama, literature or the arts and it reminds me of Anthony de Mello who wrote “People don’t need to be taught how to look. They merely need to be saved from schools that blind them”.

Should education be liberal or scientific or vocational? I want to clear the air by asserting that am not opposed to education that helps us address convergent problems.  In fact, personally speaking I topped my class in math in the Board exams and loved physics.  I would say we need a combination of all kinds of education but proportions will vary from person to person and the imperative is one of choice being available. What is also clear is that education cannot afford to be short on building right-brain potential and for this we need a minimum dose of liberal education. For example, in choosing a core subject, wouldn’t a course in preventive health or environmental rejuvenation provide greater value than say a class in physics or anatomy?

To give you some examples of divergent education or values-based education, the foremost one that comes to mind is the one initiated by A. S. Neill. Neill, interestingly of British origin, founded a novel way of education by making it democratic and giving the option of the student to attend classes or not. Neill set up his own school Summerhill along these lines. Tagore set up Santiniketan where students would be taught outdoors in the lap of nature. Sadhguru has set up IshaSamskriti which prepares children for the universe instead of the university. Whilst these examples are innovative they have one thing in common as in they have not been replicated in a widespread manner.

India’s teeming population requires that we look at education at scale. What we need is a new paradigm of education; a system which balances the need for imparting a liberal education and scientific discipline. More importantly, our system of education needs to impart flexibility and provide students a choice such that education happens more naturally and becomes a joy. What would this new paradigm of flexible/divergent education look like? Here are a few pointers:

Noam Chomsky, the noted American linguist, philosopher and scientist once said “education is a system of imposed ignorance”. It doesn’t matter if a person is a genius or not but education for a living and education to resolve divergent problems as vital as they may be still don’t make a person complete.  As Schumacher stresses, education in the final analysis needs to be a form of awakening and ought to lead to a higher level of Being and also be the vehicle for the transmission of values and ideas that lead to the inner development of Man.  S N Goenka, who founded the Dhamma movement taught the imperative of self-responsibility and spreading of wisdom through Vipassana meditation. Goenka’s mission is in synch with Schumacher’s outlook on education but education is rarely seen the way Schumacher speaks about it.  For most people, education conveys a blind paper chase; a chase of degrees and certificates. You should now understand why Sadhguru chooses to call himself uneducated.

Shakti is an ex-banker, management consultant and IT professional. He has recently crossed-over to the impact sector after working in the corporate sector for over three decades. He can be reached at saranshaks@gmail.com