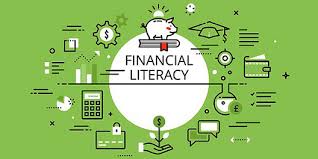 In 2015, the United Nations unleashed its ambitious Sustainable Development Goals (SDG) framework. Whilst financial literacy does not find an explicit mention, there are at least nine out of 17 SDGs which require a basic level of economic well-being. The absence of poverty; zero hunger; good health and well-being; quality education; gender equality; clean water and sanitation; affordable energy; decent work; reduced inequalities all require a certain degree of economic well-being. A common denominator in achieving economic well-being and thus a better quality of life, is financial literacy. Additionally, gender equality cannot be achieved if women do not have the means to being economically empowered.

The lack of financial literacy is a global problem although it is accentuated in lesser developed countries and is far more acute in the case of women world over. Globally, two in three adults are financially illiterate. World Bank; Organisation for Economic Co-operation and Development (OECD) promoted International Network for Financial Education (INFE); United Nations Development Programme (UNDP); Mastercard Foundation and Financial Literacy Around the World (FLAT World) are actively involved in raising financial literacy and education internationally. These efforts are supplemented by central banks; country and region-specific NGOs and Foundations. 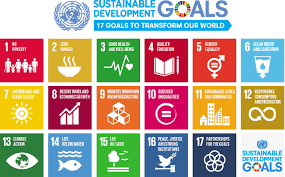 Financial literacy means different things to different people and these vary by geography and strata of society. In its most basic form, it requires imparting the fundamentals of opening and operating a bank account to people who are illiterate (often referred to as the “oral” segment). Its more advanced connotation would cover imparting knowledge of finance, banking, credit, investments and protection to people who are otherwise literate. The important point is that financial literacy has a range of applications that can vary from bringing marginalized communities into the mainstream in developing countries to removing gender disparities in affluent countries. 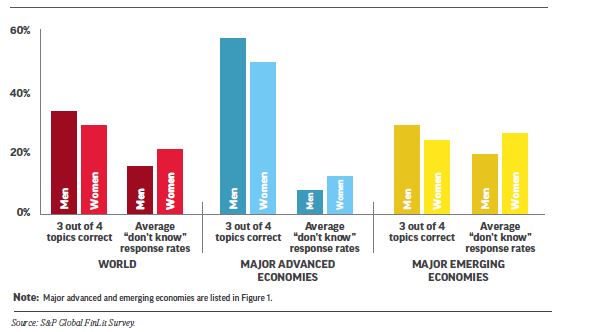 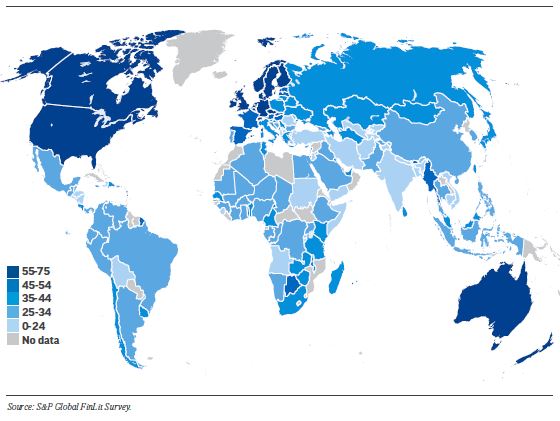 The EU itself is divided with a big contrast between levels in North and South Europe. Financial literacy rates vary from 71% in Denmark to a low of 22% in Romania. Countries admitted to EU after 2004 are much lower on the scale. In the BRICS bloc, average financial literacy rates are 28% and varies from 42% in South Africa to 24% in India.

The stakeholder system is vast, disparate and far-flung across the globe but there is adequate availability of resources.

Funding: is coming from different sources, both government and non-government. The earliest champions of financial literacy, U.K.’s Department for International development (DFID) created the Financial Education Fund between 2008 and 2013 for promoting financial literacy in several countries in Africa. During the same period, we witnessed the prevalence of a highly successful run of mobile money in Africa, chief among them being mPesa in Kenya. In 2008, the Russian federation established a financial literacy program trust fund of $ 15 Million at the World Bank to support the topic.

Networks and Research: Ample research artifacts can be accessed through websites of World Bank, OECD and INFE. The list includes white papers and standards setting. World Bank has developed baseline information and analytics. Consultative Group to Assist the Poor (CGAP) and Gates Foundation have devised criteria for impact evaluation of financial literacy and info exchange. In developed countries like the U.S. several initiatives have been taken. Chief among these are Women’s Institute for Financial Education (WIFE) and Financial Literacy Organization for Women and Girls  (FLOW).

Regulatory Push: In India, there has been a major regulatory push with all financial regulatory bodies joining hands to create a charter called National Strategy for Financial Education. India’s central bank, has directed banks to set up Financial Literacy Centers (FLCs). Currently, over 1500 FLCs have been commissioned across the country and over 2.3 million people have undergone financial education. In 2017, the Mongolian Banks Association and Central Bank of Mongolia unleashed a national program for financial literacy

The simplest of the indicators are captured in the FinLit survey. These include the rate of literacy and gaps in literacy rates in terms of age, gender, nationality or income group. A higher financial literacy rate conveys a better grasp of understanding the basics of finance, credit, investments and protection. It includes fundamental knowledge of operating a bank account, ATM and on terms such as simple and compound interest; terms of a life policy etc.

In addition, one can rely on other indicators that show the levels of financial literacy improving. One such case study is of India’s Pradhan Mantri Jan Dhan Yojana (Prime Minister’s Peoples Economic Progress) bank accounts. In the last three years 300 million+ fresh bank accounts have been opened in the banking system. Most of these have been inactive and the average balance in these accounts have been nil or negligible. As and when financial literacy improves, we can expect these accounts to have larger balances and also greater activity. A sure measure of financial literacy is to observe, over a period of time, the increase in the average number of financial products in a household. For example, is there an increased off-take in credit or life, accident and health insurance policies? Is there an increase in the number of digital financial transactions?

From an advanced economy perspective, the indicators could include reduced gaps in financial literacy rates in women or reduced gaps among adults who are differentiated on the basis of their education i.e. primary/secondary/tertiary.

Overall, if the U.N. were to achieve its SDGs by 2030, it would only be accomplished by higher financial literacy and education measures.

Progress is not entirely dependent on public policy but public policy can help make the problem much easier to take on. Sooner or later, 193 Governments that belong to the U.N. will realize, to achieve SDG’s, the degree of financial literacy needs to be sharpened. World Bank, OECD and others in many ways try and influence public policy. In some countries like India, financial literacy targets are being set-up and mandated by the banking regulator. Also, larger foundations like Gates Foundation have evolved to the extent of influencing public policy in addition to providing funding.

Lastly, there is common ground for public, private and social sectors in the pursuit of higher financial literacy rates. There are many organizations in the social sector, that have been championing financial literacy. The Institute of Financial Management and Research in India has conducted several pilot programs in this area. But it is a known fact that whilst the social sector can lead in terms of innovation, scaling up cannot be achieved without public sector support. In the case of financial literacy, the private sector is an equal partner in this exercise since it represents a strategic proposition. Banks and financial services providers are the biggest direct beneficiaries of higher financial literacy rates as it would result in widening the size of the market pie and eventually a higher off-take of financial products and services.

Shakti is a former banker, management consultant and I.T. professional who has crossed over to the development sector. He can be reached at saranshaks@gmail.com